Altay Coşkun is Professor of Classical Studies at the University of Waterloo, Ontario, Canada, which he joined in 2009. He hails from Herzogenrath near Aachen, Germany, and found his second home in Trier, where he spent most of 1990 to 2008. It is at the University of Trier that he gained his MA-equivalent degree in Latin and History, with minor degrees in Greek Philology and Catholic Theology (1996), followed by his PhD (1999) and Habilitation (2007). He held a postdoctoral appointment at the University of Oxford (2000–2002), worked as a Latin instructor (1996–2000), Ancient History instructor (2002–2008), research associate (2008–2008), and visiting professor (2010, 2012) in Trier, and conducted research as a Humboldt Visiting Fellow at the University of Exeter (2009, 2011). He was awarded four research or connection grants by the Social Science and Humanities Council of Canada (SSHRC).

His interests include the Roman legal and political system from the Republic to Late Antiquity as well as the development of Athenian citizenship. His research further ranges from modes of social or political inclusion and exclusion in the Roman Empire to intercultural contact especially in Ancient Anatolia and the Black Sea region. As the initiator of the Seleukid Study Days (which have been alternating between Canada and Europe as of 2011), most of his research recently has been dedicated to the Seleukid kingdoms and some minor dynasties in its orbit, the Attalids of Pergamon, the Galatians in central Anatolia, the Mithradatids of Pontos and the Bosporos on the northern coast of the Black Sea, besides the Maccabees / Hasmonaeans of Judaea. His attention was often drawn to them when he was investigating Roman diplomacy, since all of them were ruled by kings, tetrarchs or high priests who had been “Friends of the Roman People” at some point. More recently, his focus has shifted to marriage alliances and other strategies of seeking legitimacy or acceptance by subjects and neighbouring powers, with a particular emphasis on the reception and creative development of ideological messages.

Coşkun’s research method is often defined by the attempt to establish relative and absolute chronologies with as much precision as possible (which sometimes topples ancient or modern explanations of causation). He also aims to identify specific layers in Greek or Latin texts, if they were edited or rewritten at later stages (such as Ausonius’ Speech of Thanksgiving from 379 CE, the “Old Oligarch’s” compilation of declamations on Athenian politics from the 440s BCE, 1 and 2 Maccabees and Daniel). While others tend to either discard erroneous information from the evaluation of the ancient evidence or harmonize it with the more reliable elements, he tries to understand how those “mistakes” came about, lest we lose an opportunity to better understand what our witnesses can and, in fact, want to tell us, rather than just looking for confirmation of any pre-conceived theory.

He is member of various larger professional associations and smaller discipline-related networks. Trusting in the importance of self-governance, he regularly serves as peer-reviewer, such as for national funding agencies (so far for the DFG, SSHRC, as well as the research councils of Romania, Russia and Flanders), but also for journals in the field (such as Historia, Latomus, Gephyra) and book publishers (such as Oxford University Press or Routledge). He typically (co-) organizes two or three workshops, conferences or conference panels on Greek or Roman History a year, and fosters a friendly and collegial exchange of fresh ideas that involves advanced students as well as fully established professors.

Of yet another nature is his latest project “I am Pericles”, to stir up fresh debates on modern democracy, which is faced by unprecedented challenges. This activity dwells on his research on citizenship policies through the ages, constitutional debates in Athens and the political culture of the Roman Republic. The “rule of the people, by the people, for the people” is in urgent need of vigilant citizens who know that freedom and rights of participation ought not be taken for granted, but must be protected, developed and adapted to new circumstances. It also explores ways of how democracy and (its disliked relative) populism might be reconciled. 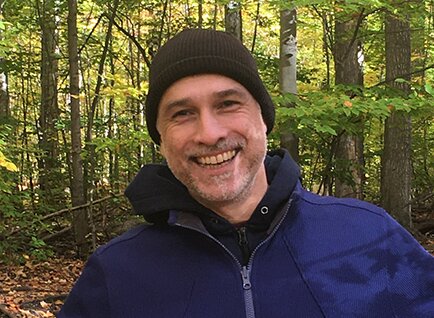