Veronica Bucciantini, after obtaining her PhD in Ancient History (University of Florence, 2006), carried out research at the Department of Classics of Brown University in Providence, and was a scientific collaborator at the Präsidialbüro of the Deutsches Archäologisches Institut in Berlin (2008–2011). She then held a Gerda Henkel Fellowship at the Seminar für Alte Geschichte of the Albert-Ludwigs Universität in Freiburg im Breisgau (2011–2013). Since 2008 she has been coordinating the continuation project of Felix Jacoby's work FGrHist V (Die Geographen) and from 2013 to 2017 she was an adjunct lecturer (Greek History) at the University of Florence. In the winter semester 2015/2016 she was Gastprofessorin at the Katholische Universität Eichstätt-Ingolstadt and in 2017 she benefited from a scholarship for Directeurs d'Etudes Associés at Fondation Maison des Sciences de l'Homme (Paris) in collaboration with the Laboratoire AOrOc École Normale supérieure. In 2019 she held the Laboratory of Historical Geography of the Ancient World at the University of Udine. Since March 2020, she has been Associate Professor of Greek History (LANT/02) at the Department of Humanities and Philosophy (DILEF) of the University of Florence. 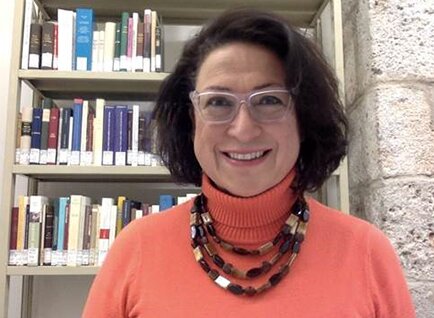